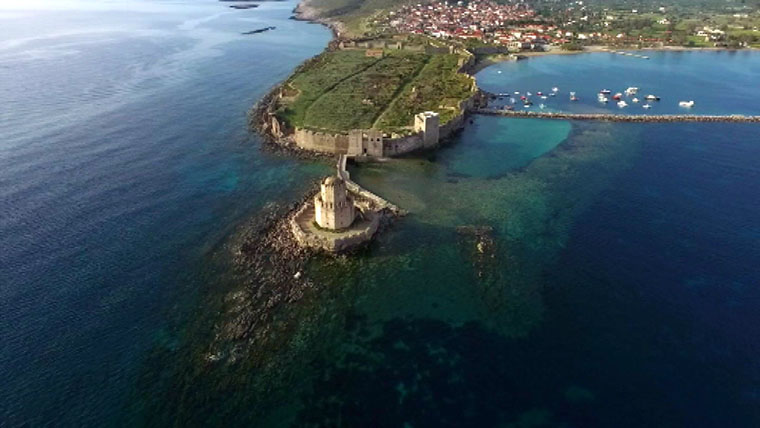 Methoni is one of the most historic small market town of Peloponnese and was very famous for its port because its spot had a great strategic and commercial importance. It is situated 61km southwestern to the city of Kalamata.

The castle of Methoni is one of the biggest of the Mediterranean and it is built on the ancient walls. Passing through the centuries, many nations tried to dominate Methoni such as Franks, Venetians and Ottomans. The castle extends in 93.000 sq. m. and it is separated in two parts. At the southern part you will find the city, which is enclosed by a wall with towers. The northern part is particularly fortified and was the base of many different military commanders. The two parts of the castle are separated by a short wall with 5 towers.